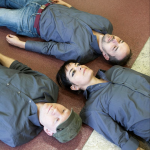 Pendler was formed in 2005 as a recording project by Sabine Marte, Markus Marte and Oliver Stotz. The idea was to combine the strengths of the individual members (all coming from diverse cultural scenes – video-art, performance, weird folk, electronic music, post-rock …) into an amalgam of sounds and vision. Simplicity was a goal but so […] 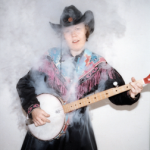 Kevin Blechdom is a female artist originally named Kristin Erickson, born in Florida in 1978. With a laptop, self-made computer music programs, piano chops, a 5-string banjo, Blechdom sings from from the heart. Kevin Blechdom’s second latest solo album, Gentlemania (2009), released on Sonig Records, is an acoustic pop record co-produced by Kevin and Mocky in Berlin. Her, […]